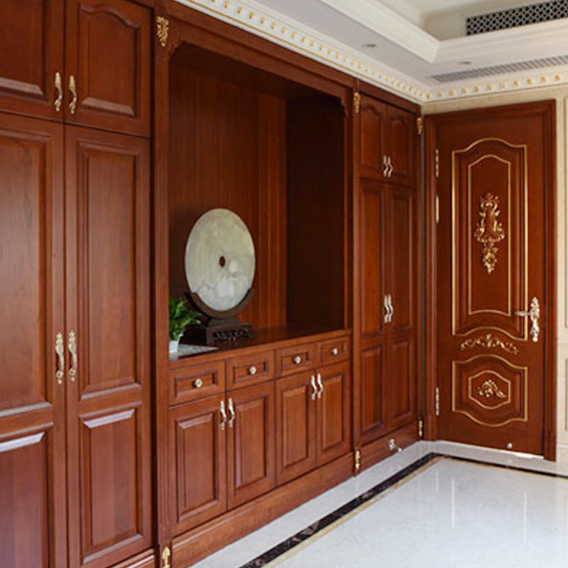 The main components of dado, in addition to the "modeling panel", "top line", "waist line" "skirting line", there is also one of the most common accessories - roman columns.

One of the main components of the wall panel is the modeling finish, which also accounts for the largest proportion of the whole wall panel. The modeling finish mainly consists of four parts: left right stiles, upper lower Docks (middle docks middle stiles will be added if appropriate according to the length of wallboard), modeling core board pressing line. According to the change of different styles, the decorative modeling also changes. The common facing will also be equipped with carving, some are on the side stile wharf, some are on the core board, some are on the pressing line, some can also have the same group of carving on the three, forming a whole effect. The location size of the carving are mostly determined by the shape size of the wall panel itself, there is no specific standard to speak of.

Some of the more complex forms of the facing, the form may be more than two sides of the two wharves as simple as a core board. For example, for part of the modeling needs, add side plates, add a modeling plate between the core plate the frame, thus forming the modeling of two circles of frames inside outside.

There are many kinds of roman columns with different shapes. In addition to their beautiful decorative functions, they also play a role in dividing adjusting the ruler. Because of the large area of the dado, making a whole dado will only increase the cost, but also be inconvenient for transportation. the wall itself has a little error, the size of the wall panel is difficult to grasp. So at this time, the Roman column played a role of separation ruler adjustment to a large extent.

The hidden door is also one of the common components of the dado, which is often used in private space to ensure that the overall shape of the background wall is damaged. Its characteristic is that when the door leaf is opened, it can lead to another room just like the ordinary door, but when the door leaf is closed, its appearance is almost the same as that of other wall panels, making people mistakenly think that it is one of the ordinary wall panels. 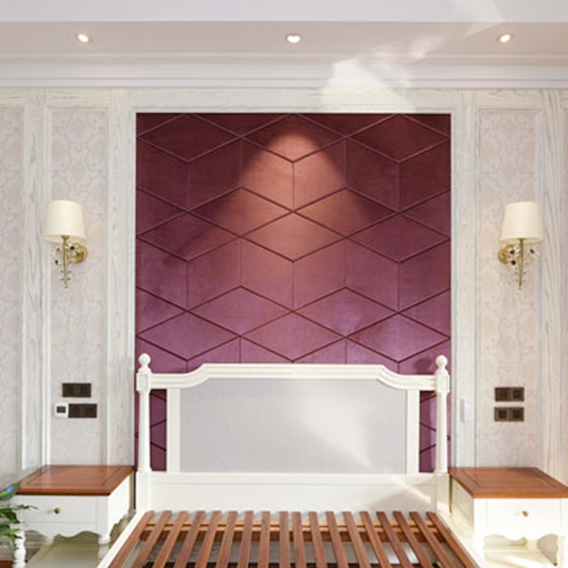 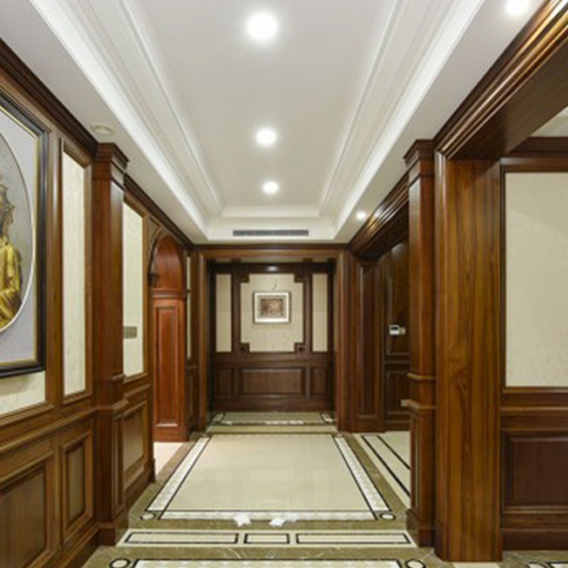